Biotech Demystified Certificate: The Science Behind the Business

This course provides a practical understanding of the basic science powering the biotechnology and pharmaceutical industries.

We recommend staying local! When booking your hotel room, use: "UCSD" to get our special UCSD rate at either of these hotels:

San Diego is one of the nation’s top-ranking biotech centers and is home to more than 500 biotech and four major research institutions. This course is offered through the Rady School of Management in collaboration with UC San Diego’s Division of Biological Sciences and Skaggs School of Pharmacy and Pharmaceutical Sciences.

Optional book to purchase (press on book for link): 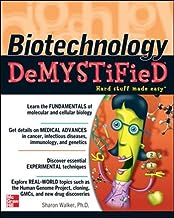 All participants will meet in the lobby: Room 4E003/4th floor using the East Elevators.

This is a great class which provides an excellent overview of key areas of the science behind the biotechnology industry (e.g. cellular and molecular biology and biostatistics) by some of leading experts and researchers in these areas. Fortunately, the material is well tailored for the lay person (nonPhD scientist)--although there is an immense amount in a short time. The course also allows an opportunity to do hands on work with key industry tools like the PCR.

The course at Rady was very well put together and extremely informative. I found the mix of class instruction and hands on lab experience really helpful in understanding what we were learning. I thought the professors were great and able to clearly communicate technical information to non-technical people.

Stefan Aigner is an RNA biochemist, neuroscientist and stem cell biologist. Among his many responsibilities in the   lab, he is the project coordinator for an NIH-funded U19 academic/industrial collaboration dubbed Copacabana (Collaboration On Preclinical Autism Cellular Assays, Biosignatures And Network Analyses), which is led by the Yeo lab and includes four other labs at UCSD and the Salk Institute, as well as Fluidigm and Allele Biotech as the    industrial partners.

Stefan received his PhD in Chemistry and Biochemistry from the University of Colorado at Boulder. In his thesis work    in the lab of Nobel laureate Tom Cech, he elucidated the role of p43, a protein subunit of telomerase from the ciliated model organism Euplotes. As a postdoctoral fellow of the Damon Runyon Cancer Research Foundation, Stefan joined the lab of Fred Gage at the Salk Institute to study transcriptional and post-transcriptional gene regulation in      embryonic and adult neurogenesis. After brief but highly productive venture into the pharma industry, which led     Stefan to Roche in Basel (Switzerland) to establish genome-editing based models of neurodevelopmental disorders, Stefan joined the Yeo lab as an Associate Project Scientist in   2014.

Dr. Brookie Best is an Associate Professor of Clinical Pharmacy and Pediatrics at the University of California, San Diego (UCSD) Skaggs School of Pharmacy and Pharmaceutical Sciences (SSPPS) and the Department of Pediatrics, School of Medicine (SOM). She completed a Bachelor of Science degree at UCSD in Chemistry with an Emphasis in Chemical Education in 1994. She received her Pharm.D. Degree in 1999 from UCSF, and did her residency in Pharmacy Practice at the UCSD Medical Center in 2000. Dr. Best was an NICHD/NIH Fellowship recipient in Pediatric Clinical Pharmacology Research from 2001 to 2004, and completed a Masters of Advanced Studies (M.A.S.) in Clinical Research at UCSD in 2007.

Dr. Best specializes in pharmacokinetics - the processes by which a drug is absorbed, distributed, metabolized and eliminated by the body - and pediatric clinical pharmacology research. Her research efforts have focused on studying anti-HIV drugs in pregnant women, children and non-pregnant adults. She also studies drugs used to treat Kawasaki disease, the leading cause of acquired heart disease in children.

Dr. Best received a Young Investigator award in 2004-2005 to fund research on how genes affect the effectiveness of anti-HIV drugs. She was a National Center for Leadership in Academic Medicine Scholar and co-Valedictorian in 2006, and was honored as a young civic leader by the San Diego Metropolitan Uptown Examiner and Daily Business Report as one of their "Forty Under 40" Honorees. In 2010, she was honored by the SSPPS Class of 2013 as Professor of the Year.

Keefe Reuther received undergraduate degrees from the University of California Berkeley in Integrative Biology and Geology. This is where he began research in the evolution of social behavior by studying reproductive and aggressive behavior in East African lake cichlid fishes. After taking a year off to pursue research full time, he began his Ph.D. program in ecology, evolution, and systematics at Saint Louis University. His dissertation examined the Japanese pavement ant, an invasive species of ant in the St. Louis, MO metropolitan area. In order to understand the dynamics of an incipient ant invasion, he used methods in behavioral and ecological research as well experiments in computer modeling and population genetics. After graduation he moved to San Diego, where he decided to take his passion for biology and focus on teaching full-time. For the past four years he has been a lecturer at National University, in the San Diego Community College system, and at UCSD where he teaches classes at both the undergraduate and graduate level in general biology, environmental science, evolution, ecology, comparative anatomy, genetics, and molecular biology. When he is not teaching, he enjoys running with his rat terrier and Doberman, competing in triathlons and backpacking.

Dr. Jean Y. J. Wang received her Ph.D. in Biochemistry from the University of California, Berkeley, where she discovered the first prokaryotic protein kinase and elucidated a protein phosphorylation-regulated metabolic switch between the Krebs cycle and the Glyoxal cycle in the laboratory of Dr. Daniel E. Koshland, Jr. She was a Jane Coffin Childs Postdoctoral Research Fellow at the Massachusetts Institute of Technology Cancer Center where she cloned and characterized the ABL proto- oncogene in the laboratory of Dr. David Baltimore.  Dr. Wang joined the faculty at UCSD in 1983 and has risen through the ranks to her current position as a Distinguished Professor in Medicine & Biology, and as the Associate Director of Basic Research at the Moores UCSD Cancer Center.

Dr. Wang's current research is focused on biological mechanisms that regulate the cellular decision to commit suicide in response to genotoxic, inflammatory and detachment stress. Her laboratory employs biochemistry, cell biology, molecular biology, mouse genetic models and high throughput technologies to interrogate the functional links among several cancer genes in the regulation of cell death. In particular, she has focused her research efforts on the ABL tyrosine kinase and the RB tumor suppressor. She is the holder of two patents on the detection and the treatment of CML, which is induced by the oncogenic BCR-ABL kinase.

Emily Grossman grew up in California and attended the University of California, Irvine for her undergraduate work, and the University of California, San Diego for her graduate work. Her graduate work focused on the genetic pathways involved in the development and targeting of C. elegans neurons. After completion of her Ph.D, she taught upper division biology classes at UCSD for a year, and then moved to Boston for a year. After a year of gaining valuable teaching experience at BU and UMass: Boston, she returned back to sunny San Diego and began teaching full-time at UCSD in 2016.  She teaches both laboratory and lecture-based courses, and enjoys teaching new subjects to continue to learn new things about the field of biology. She has taught classes focusing on introductory biology, microbiology, biochemistry, molecular biology, and cell biology, and loves inserting current and relevant memes and videos into her lectures to keep everyone awake and engaged. When she is not teaching, she enjoys hiking, watching detective shows on Netflix, and finding new recipes to try to make.

Randy Hampton was born in New York State a surpassingly long time ago. He earned a A.B. in Chemistry and Mathematics as Ohio Wesleyan University, and by a circuitous route that included doing research at University of Michigan, running the office at Zingerman’s Delicatessen, and participating in field work in music and comedy, he earned a Ph.D. in Biochemistry at University of Wisconsin-Madison and at Merck & Co. in Rahway, NJ. After a  postdoctoral fellowship at U. C. Berkeley, he took his current position in the Division of Biological Sciences at U. C. San Diego. His research interests include cellular management of misfolded proteins, sterol regulation and the cholesterol pathway, metabolism, and ubiquitin in health and disease. His pedagogical interests involve finding ways to communicate to tomorrow’s physicians and biomedical professionals the critical differences between sickness and wellness, and the role of science in exploring that boundary. To this end he teaches three separate classes in Metabolism, Exercise Physiology and Nutrition. During his time at UCSD, Dr. Hampton has earned 7 separate teaching awards. His interests outside the academe include running, 5 string banjo, secular spirituality, and the complex synergies that govern the lives of us all. Most recently, (Aug 2018) he got married for the first time, to his lovely wife Marrie (with 2 r’s), making him a newlywed who is applying for Medicare. Whatever the day brings, his gratitude for his career, and in particular opportunities like Biotech Demystified, is heartfelt and astronomical.

*The Rady School of Management Center for Executive Development (CED) may change, postpone or cancel a class at any time.  We do not provide refunds for any fees related to travel, including but not limited to gas, bus fare, train tickets, airline tickets, etc.  Certificate requirements may also change. We will provide as much notice as possible should this occur.